1. You will be able to explain the concept of data transmission mode.

2. You will be able to classify the data transmission mode.

The Transmission mode is divided into three categories based on the direction of data flow:

The radio station is a simplex channel as it transmits the signal to the listeners but never allows them to transmit back. Keyboard and Monitor are the examples of the simplex mode as a keyboard can only accept the data from the user and monitor can only be used to display the data on the screen.

In a Half-duplex channel, direction can be reversed, i.e., the station can transmit and receive the data as well. Messages flow in both the directions, but not at the same time. The entire bandwidth of the communication channel is utilized in one direction at a time. In half-duplex mode, it is possible to perform the error detection, and if any error occurs, then the receiver requests the sender to retransmit the data.

A Walkie-talkie is an example of the Half-duplex mode. In Walkie-talkie, one party speaks, and another party listens. After a pause, the other speaks and first party listens. Speaking simultaneously will create the distorted sound which cannot be understood.

আরো পড়ুন ::  Fourth Chapter Lesson-1: Introduction to Web design and some terminologies about it.

The most common example of the full-duplex mode is a telephone network. When two people are communicating with each other by a telephone line, both can talk and listen at the same time. 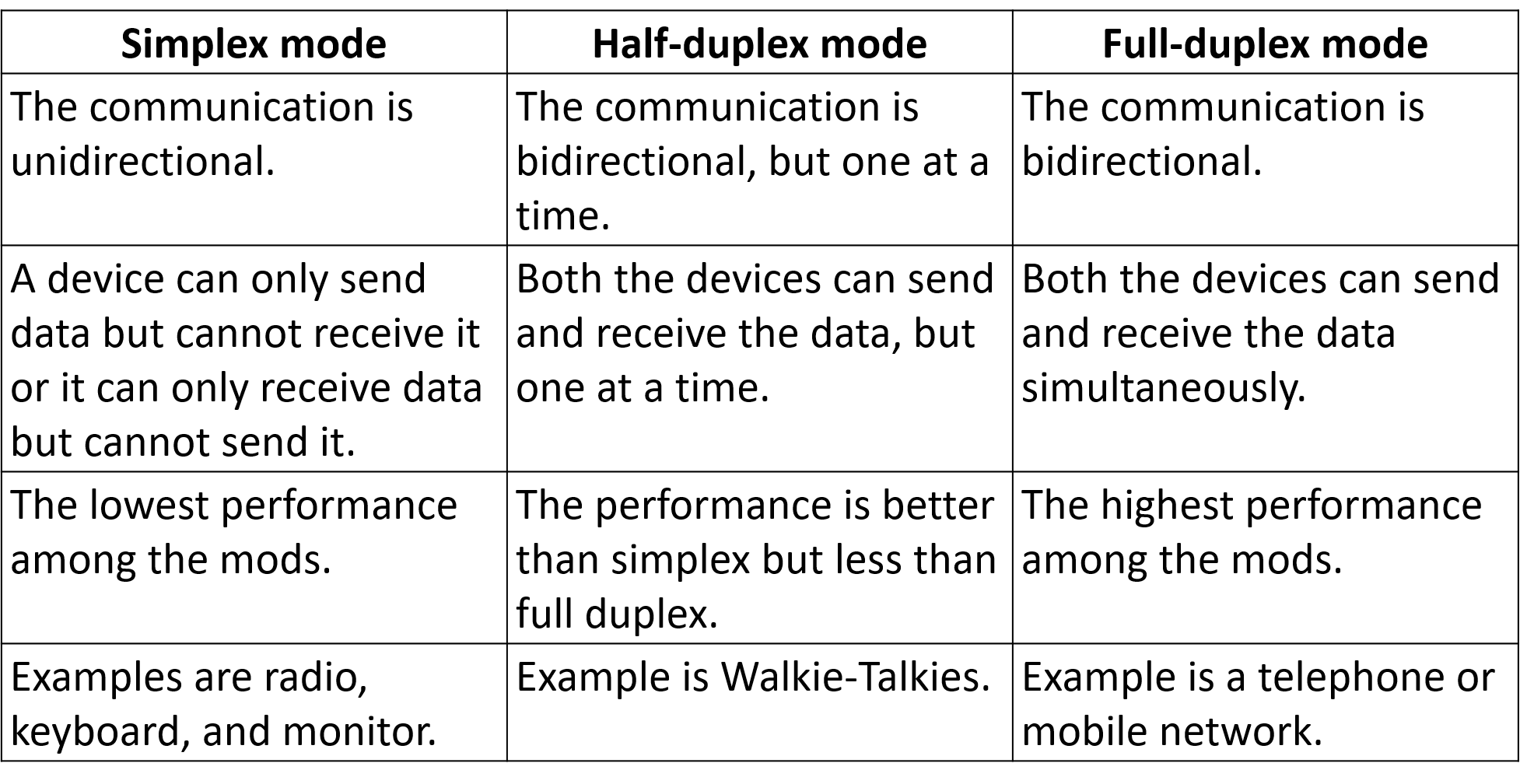 Unicast is a point-to-point or one-to-one transmission mode. Data is transmitted from one sender node to only one receiver node in simplex, half duplex or full duplex. This type of information transfer is useful when there is a participation of single sender and single recipient. 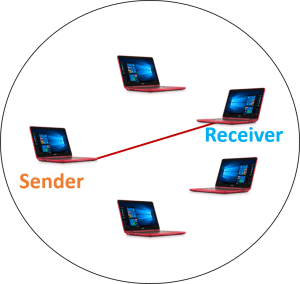 For example, a device having IP address 10.1.2.0 in a network wants to send the traffic stream(data packets) to the device with IP address 20.12.4.2 in the other network,then unicast comes into picture. This is the most common form of data transfer over the networks. The devices such as switch uses unicast mode of transmission. 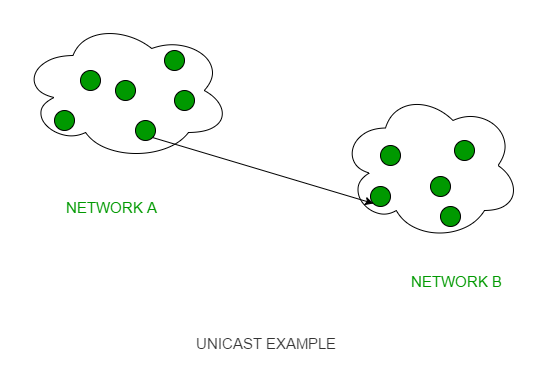 Broadcast is a point to multipoint or one-to-all transmission mode. Data is transmitted from one node to all other nodes in the network in simplex. 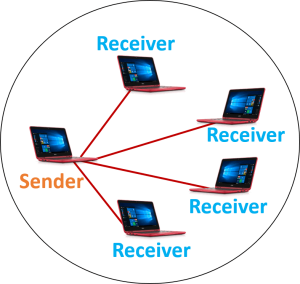 This is useful when a device in one network wants to transfer packet stream to all the devices over the other network. 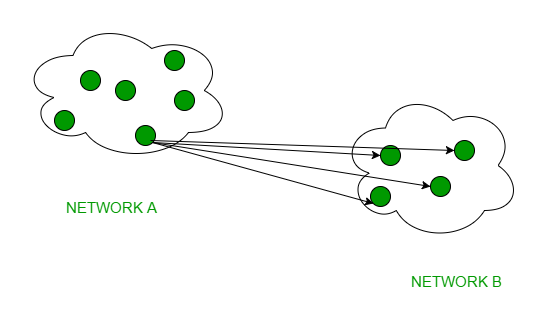 This mode is mainly utilized by radio or television networks for video and audio distribution. The devices such as hub, bridge uses this mode.

Multicast is a point to selected multipoint or one to selected group of members transmission mode. Data is transmitted from one node to Selected or authorized nodes in the network in simplex. 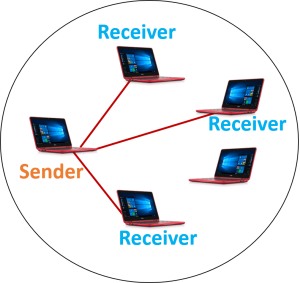 This is useful when a device in one network wants to transfer packet stream to the selected devices over the other network. 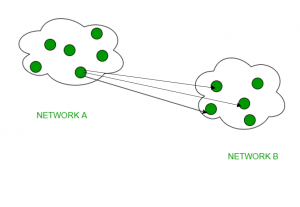 a) What is data transmission mode?

a) What is simplex/half-duplex/full-duplex mode?

a) What is unicast/ broadcast/multicast mode?

b) “Data exchange is possible at the same time” – Explain.

b) Which transmission mode can be compared to teaching in classroom? Explain.

b) Why is it not possible to speak and listen simultaneously in walkie-talkie? Explain.

b) Why multipoint-to-point data is not transmitted? Explain.

b) Why multipoint-to-multipoint data is not transmitted? Explain.

b) Explain the data transmission mode of browsing a website.

b) Write the difference between broadcast and multicast modes.

b) “Broadcasts are always simplex”-explained.

Rafiq and Shafiq, two friends, were walking towards the police station. They noticed a policeman standing in front of them talking through a device and signaling the other party to talk when he finished talking. A little further on, Shafiq speaks and listens through the device with him. Rafiq said, “Let’s go home. I heard the weather message on the radio that it might rain today. ”

c) Explain the type of data transmission mode of the device used by the police.

d) Which of the two devices used by Rafiq and Shafiq is more convenient in data transmission mode? Give analytical feedback.

Mr. ‘X’ sits with the computer, opens a browser, first writes an address in its address bar and presses Enter. As a result, a mail service was opened. He then downloaded an attachment file from the mail service.

d) Analyze the types of data transmission modes and methods used in the work of Mr. ‘X’.

1. What is the mode of transferring data with both at the same time?

2. Which is the data transfer mode between computer and multimedia projector?

3. Example of broadcast mode is-

4. How many types of data transmission mode?

5. Which mode works in case of two people talking on mobile?

6. Data transmission mode of Television is-

Read the following stem and answer the questions no. 7 & 8:

Two security guards from a company communicate with each other but they can’t talk at the same time.

7. Which data transmission mode do they use?

8. The device they need to communicate at the same time-

Read the following stem and answer the questions no. 9 & 10:

One of the experts on MTV’s talk show is from his home in Baridhara, Dhaka, one from Lalkhan Bazar in Chittagong and another from Barisal University. Although Ali Riaz was supposed to be involved in the talks, he could not be involved due to a mechanical fault.

9. What kind of transmission mode has been created for the stem?

10. What is the need to ensure that such a discussion is to be organized?

Read the following stem and answer the questions no.11:

Russell uses a 4G mobile phone to send a message to certain friends.